Geothermal Industries was involved in the early stages of the project and was selected to initially drill a test hole to 100m on the site for a Thermal Conductivity Test.

During the drilling of the test well it became apparent that the swelling clays extended to a greater depth than anticipated. This had presented a challenge given the current drilling equipment being used in the initial test drilling and Geothermal Industries recognised that it would need to source a different drilling technology to complete the project.

During the install of each of the 28 bores GIA were happy to report a 100% success rate of getting each ground heat exchanger installed to depth on the 1st attempt. In addition to drilling the 2800m of vertical bores Geothermal Industries also installed 2500m of energy pile piping including grouting with an enhanced thermally conductive grout.

< Back to all projects 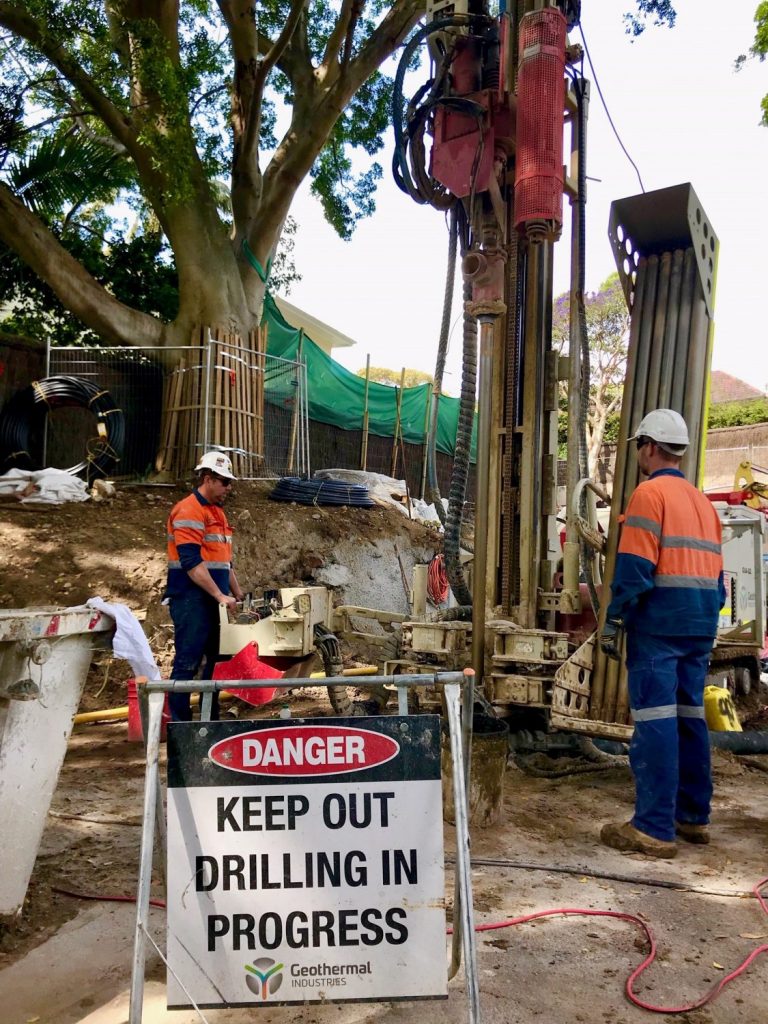 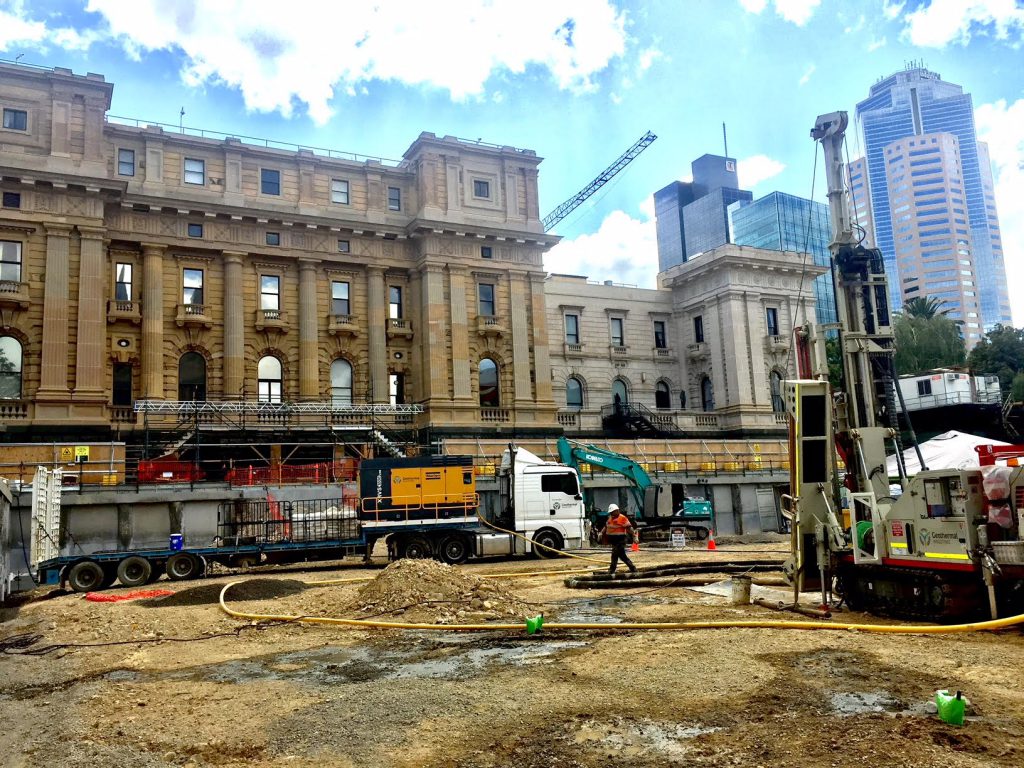 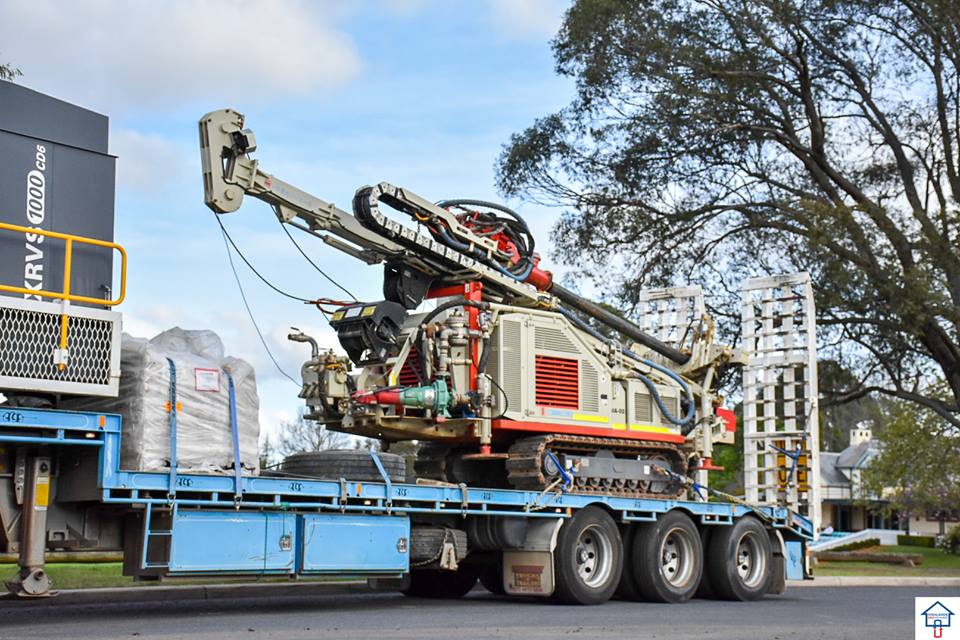 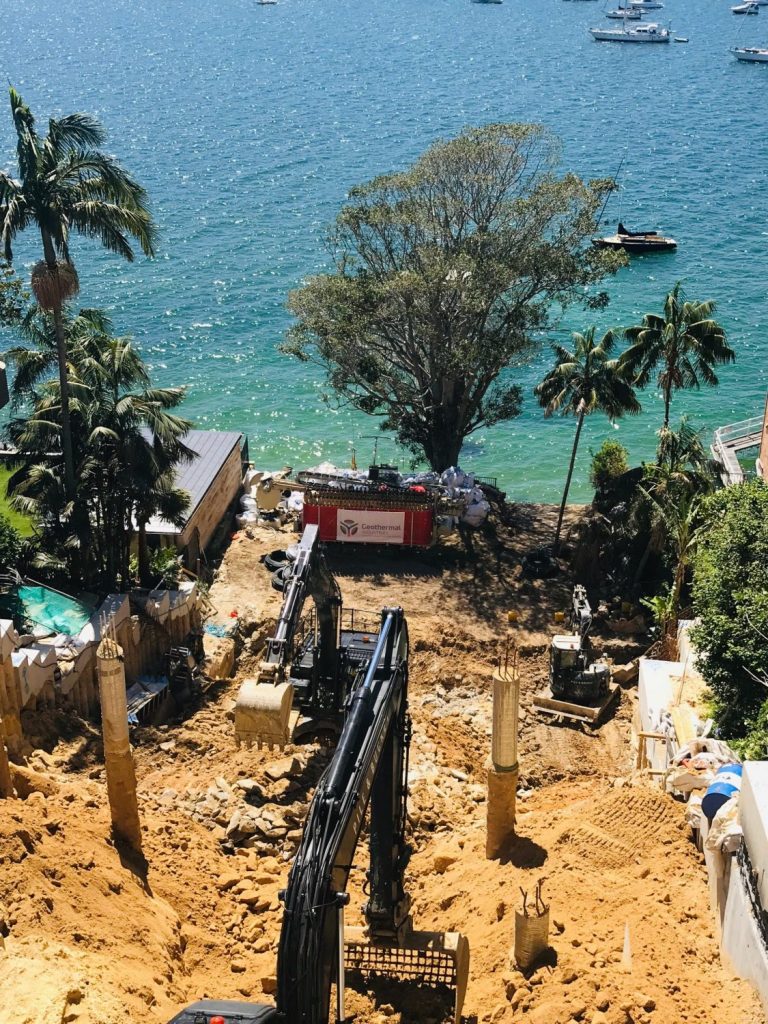 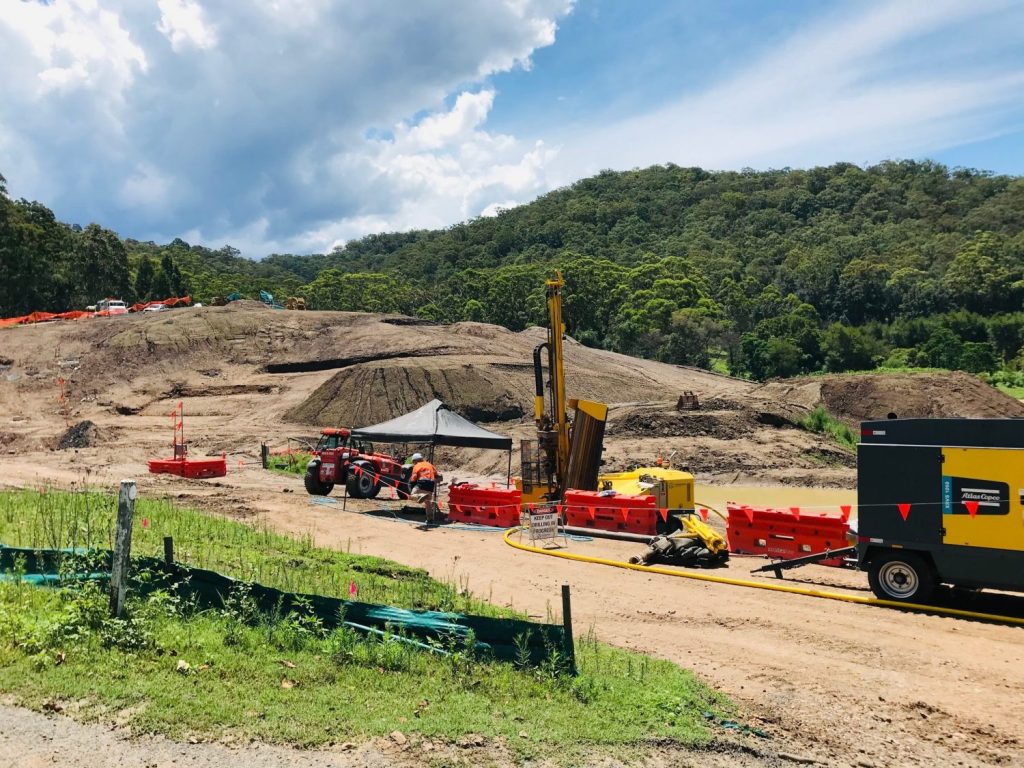 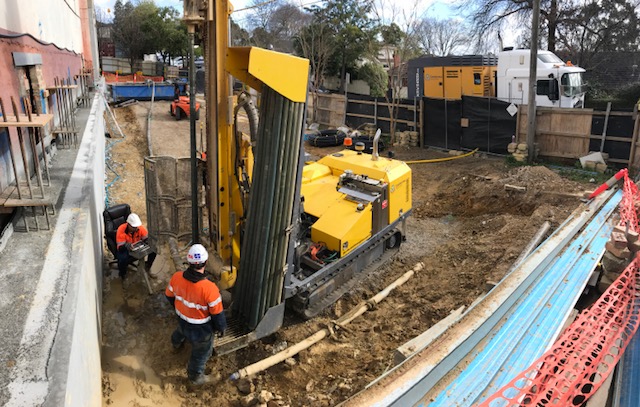